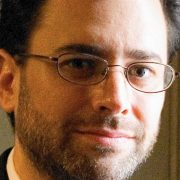 Paul Golin, facilitator of “Engaging Jews Outside The Pews” workshop.

Temple Solel of Hollywood will host a workshop titled “Engaging Jews Outside The Pews” May 17 from 10 a.m.-4 p.m. sponsored by the Union for Reform Judaism (URJ).

“The major disconnect we are trying to bridge is between those who find meaning and value in being part of an organized Jewish community and those who do not,” said Paul Golin, associate executive director of Big Tent Judaism/Jewish Outreach Institute, who is the facilitator of the workshop.

“To me, the most shocking number to emerge from the Pew Study Of American Jewry was that only 28 percent of all Jews felt that being part of a Jewish community was essential to being Jewish, so what’s causing this disconnect?,” Golin said.

“How can we create a general embrace of all who would find meaning and value in Jewish communal participation? This includes interfaith couples, adult children of intermarriage, lesbian, gay, bisexual, transgender queer Jews, Jews of color and multiracial backgrounds, Jews with disabilities and financial difficulties among other groups,” said Golin.

The workshop will feature 10 speakers who have either researched the issues or offered innovative programs representing synagogues, temples from across the streams of Judaism as well as Jewish communal organizers.