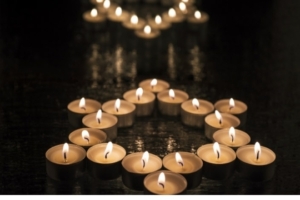 History reminds us of not only what has passed, but it also narrates tales of sufferings and victories, and this is why we celebrate Yom HaShoah, which takes place on Nisan 27. If the 27th is adjacent to the Jewish Sabbath, the date shifts by a day. This year, it begins at sunset on April 17 and ends at sunset on April 18. Yom HaShoah is a Holocaust Remembrance Day when Jews from all over the world stop to reflect on the afflictions their ancestors faced. Many of these Jews are direct descendants of Holocaust victims and survivors. Approximately 11 million people died at the hands of Hitler and his followers and out of these 11 million people, 6 million were just Jews. In order to not forget about this important part of history, in 1951, the Israeli parliament ruled that Yom HaShoah be held every year.