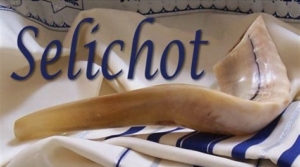 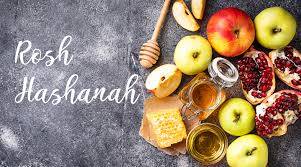 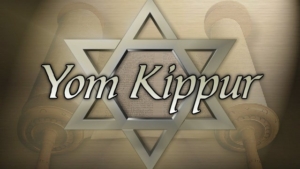 Location and format to be determined based on evolving safety protocols and considerations.

For many Jews, the High Holiday season begins with Rosh HaShanah and the start of the new month of Tishrei. Jewish tradition, however, teaches that the preceding month of Elul is a time of soul-searching and reflection to prepare oneself for the magnitude of the Days of Awe. It is during this time that we observe Selichot (also spelled s’lichot).

In the broadest definition, selichot are penitential prayers said before and during the High Holidays and other fast days throughout the year. But the term first appears as a reference to the biblical verses that were added to the Yom Kippur liturgy.

Eventually, the holiday prayers were combined with general prayers of repentance. The prayer book of Rav Amram Gaon, from the ninth century, for example, includes a collection of these poetic writings and meditations. While these prayers were initially only recited during the days between Rosh HaShanah and Yom Kippur, the custom developed to use them in the days beforehand as well.

In Hebrew, selichot translates to “forgiveness,” and indeed there is an emphasis in these prayers on the merciful attributes with which God is said to govern the world.

In many ways, the prayers which make up the Selichot service mirror what we find on the Day of Atonement which follows soon after. The language of these qualities should sound familiar to anyone who has recited the liturgy throughout Yom Kippur when we speak about God’s ability to forgive “transgression, iniquity, and sin.”

We begin and end the season of repentance with the same words, calling out to the compassionate God who we hope will accept our prayers. The holiday itself occurs early in the month of Elul in Sephardic tradition, but on the Saturday evening just before Rosh HaShanah in Ashkenazi communities. Either way, prayers are read and meditations considered as individuals are encouraged to reflect on the past year and the changes they wish to make in the upcoming one.

Reform congregations have developed beautiful and meaningful programs for the observance of Selichot on the Saturday evening prior to Rosh HaShanah. This often includes a study program about the themes of repentance and forgiveness. Many congregations show a popular movie exploring these themes.

In addition to the Selichot service, a meaningful ritual of changing the Torah covers to those specifically designed for the High Holidays often precedes the service. The special covers are usually white, representing purity and the wish that through repentance, our sins will be made white as snow (Isaiah 1:18). 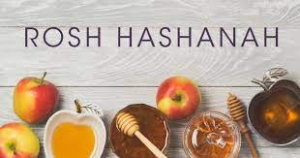 Rosh HaShanah (literally, “Head of the Year”) is the Jewish New Year, a time of prayer, self-reflection, and t’shuvah. We review our actions during the past year, and we look for ways to improve ourselves, our communities, and our world in the year to come. The holiday marks the beginning of a 10-day period, known as the Yamim Nora-im (“Days of Awe” or “High Holidays”), ushered in by Rosh HaShanah and culminating with Yom Kippur (the “Day of Atonement”). Rosh HaShanah is widely observed by Jews throughout the world, often with prayer and reflection in a synagogue. There also are several holiday rituals observed at home.

Rosh HaShanah is celebrated on the first day of the Hebrew month of Tishrei, which – because of differences in the solar and lunar calendar – corresponds to September or October on the Gregorian or secular calendar. Customs associated with the holiday include sounding the shofar, eating a round challah, and tasting apples and honey to represent a sweet New Year.

Yom Kippur means “Day of Atonement” and refers to the annual Jewish observance of fasting, prayer, and repentance. Part of the High Holidays, which also includes Rosh HaShanah (the Jewish New Year), Yom Kippur is considered the holiest day on the Jewish calendar.

Yom Kippur is the moment in Jewish time when we dedicate our mind, body, and soul to reconciliation with our fellow human beings, ourselves, and God. As the New Year begins, we commit to self-reflection and inner change. As both seekers and givers of pardon, we turn first to those whom we have wronged, acknowledging our sins and the pain we have caused them. We are also commanded to forgive, to be willing to let go of any resentment we feel towards those who have committed offenses against us. Only then can we turn to God and ask for forgiveness. As we read in the Yom Kippur liturgy, “And for all these, God of forgiveness, forgive us, pardon us, and grant us atonement.”